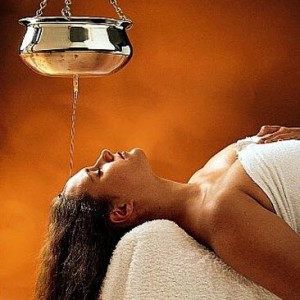 Any knowledge which is systematic and based on facts is known as SCIENCE.

This is why Ayurveda is understood as the science of life.

Its origin is traced back to the vedic times about 5000 B.C. During this period medicine was dominated by mythology and sages.

Dhanvantari — the God of medicine was born out of the churning of the ocean during a war between Gods and demons. It is also believed that ayurveda was developed from the medical part of the vedas — theAtharvaveda.

Ayurveda is not just a system of medicine. It is a way of life. It has been practiced for thousands of years and has clearly stood the test of time.

It is still regularly practiced today in India and its counter part has credibility to Allopathy and Homeopathy.

The overall maintenance of health, prevention of disease, treatment of disease at its root and rehabilitation of the patient is the basis of Ayurveda.

Pulse diagnosis is one of the key methods of diagnosing diseases in Ayurveda.

The tradition of learning this art of medicine is still passed down through Oral transmission and apprenticeship. Gurukula means living with the master and learning and sharing the experiences of this guru.

This helps the disciple (shishya) to conceptualize and absorb the basic framework which is the backbone of practical Ayurveda.

Sushruta was the first physician of Ayurveda who developed and practised surgery. Known as the â€œfather of surgeryâ€, it is reported that he used ants to stitch together a wound. Some of the other eminent Ayurvedic physicians include — Atreya, Charaka, Waghbhatt who practised about 800 B.C.

The majority of Ayurvedic texts are in Sanskrit. These texts give great importance and reference to a person’s constitution, food as medicine, the importance of herbs, the art of identifying and collecting herbs, including how and when to pick them (the time, season, etc.), as well how and where to store them.

Yoga and Vedic Astrology (Jyotishya) are also an integral part of Ayurveda.

This holistic system highlights human existence and gives insight into how to bring harmony to an individual’s life — where individual means indivisible.

Ayurveda has assimilated India’s classical heritage with an emphasis on Sankhya philosophy.

Sankhya sees man as a miniature of nature, and a unique expression of cosmic consciousness.

Prakriti is a multidimensional word.

It can mean Health, Nature, Constitution to name a few.

The meaning can be derived from the context and how it is phrased in a sentence.

In Ayurveda, Prakriti, refers to constitution.

Constitution is composed of the five elements:

These five elements are responsible for the creation and maintenance of our bodily functions.

Vata, Kapha, and Pitta are known as Doshas.

Functional, structural, psychosomatic activities are believed to be governed by these three Doshas.

It is also that Vata, Pitta, and Kapha exist in their entirety in every gene, cell and organ as a genetic code.

Furthermore every individual’s unique constitution is formed from the moment of conception, i.e. fertilization, even though we can remember the mother and father by observing their child, the child has his own identity and Prakriti.

Ayurveda looks at every individual as an indivisible, and completely unique entity.

Prakriti is an underlying principle of Ayurveda.

Imbalance due to lifestyle can occur at any stage, from the womb, by inheritance, childhood or as an adult.

These imbalances are known as Vikruti (disorder).

So Prakriti is order and Vikruti is disorder.

Ayurveda shows us that we will find order in disorder.

Basically, we learn that we can only reestablish order, our true nature,Â when we have insight into disorder.

Each Prakruti or Dosha is prone to a particular disease.